Often, an apparently simple request grows into a much more detailed set of needs. That was the case for Karen and Richard.

We had met Karen at an industry event, where she mentioned that she and Richard could do with some financial advice. They felt they were all over the place and needed somebody to help them get things organised. In effect, they were classic “financial planning” clients.

As with most of our clients, our first meeting with Karen and Richard was a Getting to Know You meeting, based around putting together a “total client profile.” This meant looking not only at their financial situation, but what they wanted to achieve with the money, their values and aspirations, and other areas that were important to them.

Karen and Richard are typical of many people. Aged in their 50s, they had risen to senior roles and are professionally successful. Two sons, a variety of interests, and time in their bach out near a west coast beach meant that organising their finances was always “something to get around to”. Despite having a very good combined household income, they had yet to accumulate significant investment wealth apart from their respective KiwiSavers and some $50,000 cash at the bank. Richard also had some money sitting in an Australian super account that he had yet to transfer to New Zealand. Whatever they did, they wanted it to be invested ethically.

Like many couples, over the years they had accumulated a variety of insurance policies with little thought strategy to guide them. They had had an insurance broker, but hadn’t seen that person in years, and felt they were an irrelevance. While they had Wills in place, these hadn’t been looked at for many years, and they knew they hadn’t put in place enduring Powers of Attorney – yet another “thing to get around to.” They also wanted to invest ethically where possible.

Having gone through our Getting to Know You meeting, Karen and Richard commissioned us to produce a comprehensive financial plan based on a full review of the situation.

The first area we focused on was their planning for retirement – or, rather, the lack of. We worked backward from what they wanted to achieve in retirement, including a level of spending, and did some modelling to show them what they would need to have in place to achieve that. We recommended they should bring Richard’s Australian super back to New Zealand – given that Karen and Richard had no intention of returning there to live, there was little point maintaining it in Australia. We also gave them an investment strategy, a mix of investments that suited their attitude to risk and their ethical preferences, and recommended they set up a significant savings plan. Over the next couple of months, they implemented the recommendations.

Next, we reviewed their insurances, through a comprehensive risk review. It turned out that they had roughly the right level of life cover, though with some additional risks and cover needed for Richard. There was a major risk they had not looked at – the impact on their finances should Richard be off work for a significant time. As he was the principal income earner, this would have had a devastating impact. While there was some income protection cover in place, it had been put in place 20 years ago, not reviewed since, and was nowhere near the level that our analysis showed they needed. Worse, it was a very old-style policy, significantly inferior to much more modern policies. (While we no longer assess policies, we still identify key risks and work with professional insurance advisers who evaluate and implement insurance).

The final area we looked at was that of asset protection. We recommended that they review their Wills, set in place Enduring Powers of Attorney, and as they did not have a lawyer we were able to recommend one from our “expert panel”.

SO, WHERE ARE THEY NOW. SIX YEARS ON.

Karen and Richard’s savings plan has been highly successful. Having accumulated a significant lump sum, on top of KiwiSaver, they are now able to contemplate an early yet comfortable retirement. Their funds are invested ethically, in accordance with their values. The various risks are now well covered, and we gave them a handy schedule of their levels of insurance cover so they can keep track of things. Most important of all, both feel they are now much more in control of their financial lives and have a lot more clarity about their situation so they can work towards their goals in confidence. Our regular meetings now spend very little time on investments, and much more time on their lives and how they are tracking towards their goals. 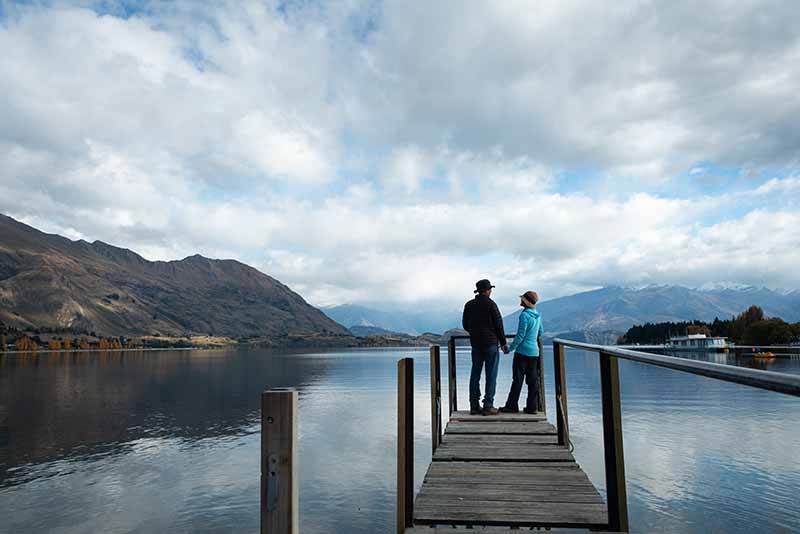